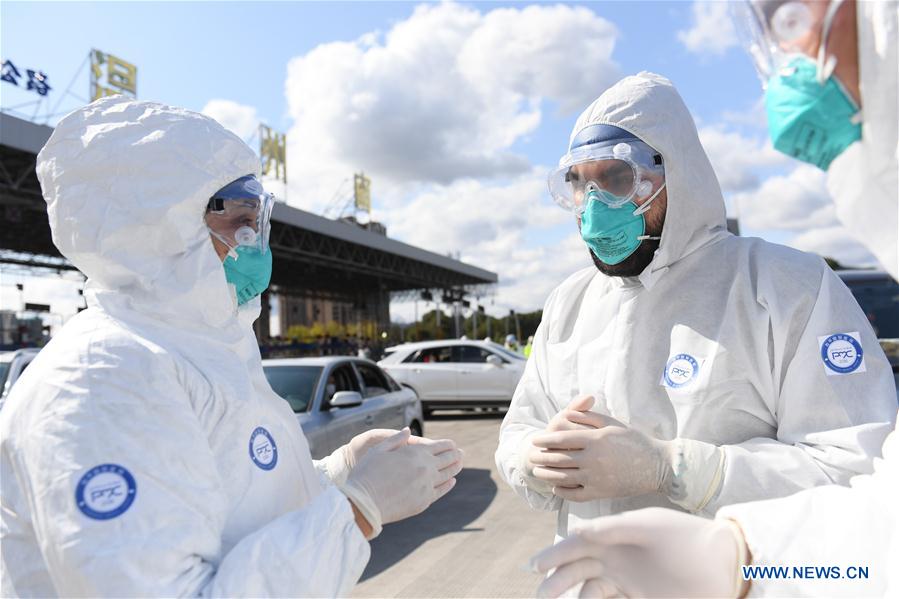 The last two weeks have seen China launch a nation-wide mobilization in the fight against the epidemic outbreak of the novel coronavirus, and the courage and resoluteness, as well as the effective measures demonstrated in the fight, have impressed the world.

In addition to the domestic response, the international community has provided the broadest support both materially and spiritually for China, and the stories are moving. This suggests a lot, particularly the rule that friendship is always rewarded with friendship.

Despite serious concerns, it is expected that the epidemic will soon be controlled as the Chinese government has taken the most swift and forceful measures ever in human history in this regard.

Medical resources, especially from the military, witnessed in the past two weeks, have been intensively transported into the city of Wuhan, the most severely affected area. Seriously affected regions around the country have taken toughest restrictions on passenger transportation.

Governments at all levels have acted to quarantine those affected or suspected to have the virus. Meanwhile, the public at large has been advised to stay at home for 14 days of the incubation period.

Judging by all these strict measures and the full awareness of Chinese people, things will soon change for better, according to experts on epidemics.

Many countries have donated medical facilities and equipment like masks to China. Spiritual support in addition to material assistance has also been delivered. Leaders across the world have expressed their appreciation of China for maintaining transparency, adopting the toughest control and also for its cooperation with international health authorities.

Middle East countries have especially demonstrated their sincere support for China. Foreign Minister of Iran Mohammad Zarif was the first to express support for China in this regard, and Iran also rushed a million urgently needed masks to China despite itself was under serious economic sanctions.

All these stories are moving, as they have demonstrated the beautiful and shining part of human nature. The outbreak of the epidemic is a misfortune for China but also for the world as well.

With the advancement of communication and transportation, the world has become more and more like a village, and it is natural for those living next door to express sympathy and solidarity to those affected by the disasters. Disasters like epidemics are a threat not only for one nation but for everyone.

The massive expression of solidarity in some way also suggests that China has rightly adopted the friendly approach in its relations with members of international community.

Differences are always there, but China’s positions on international issues would always aim at the nature of the issues themselves. It will always adhere to the principle of sovereignty of nations in international relations, and China never meddled into the domestic affairs of other countries.

In the Middle East, China has never chosen to side with one individual party while opposing the other side. And China never gets involved in the disputes between regional parties, but seeks to promote reconciliation and peace between the conflicting parties.

Therefore, the Middle East countries, though differ in religions and cultural backgrounds and are in conflicts with each other over many issues, share the same kind of friendship with China. They might sometimes feel frustrated that China has not sided with them, but finally realize that China’s approach should be most reasonable in maintaining stability in the region.

In one word, while China is fighting the virus tenaciously, it is rewarded with friendship, which is a natural expression of human community and is also a reflection of its rightness of applying a friendly approach in foreign relations.

Last but not the least, as usual, a crisis often exposes the dark side of human nature, and it is the same with the new coronavirus crisis. For instance, a certain politician is not talking about how to overcome the crisis with joint efforts, but talking about attracting job opportunities by taking advantage of the situation.

Some media categorize the virus as Chinese virus, which is an obvious discrimination against a specific race. However, this can never hide the positive shining side of the story.